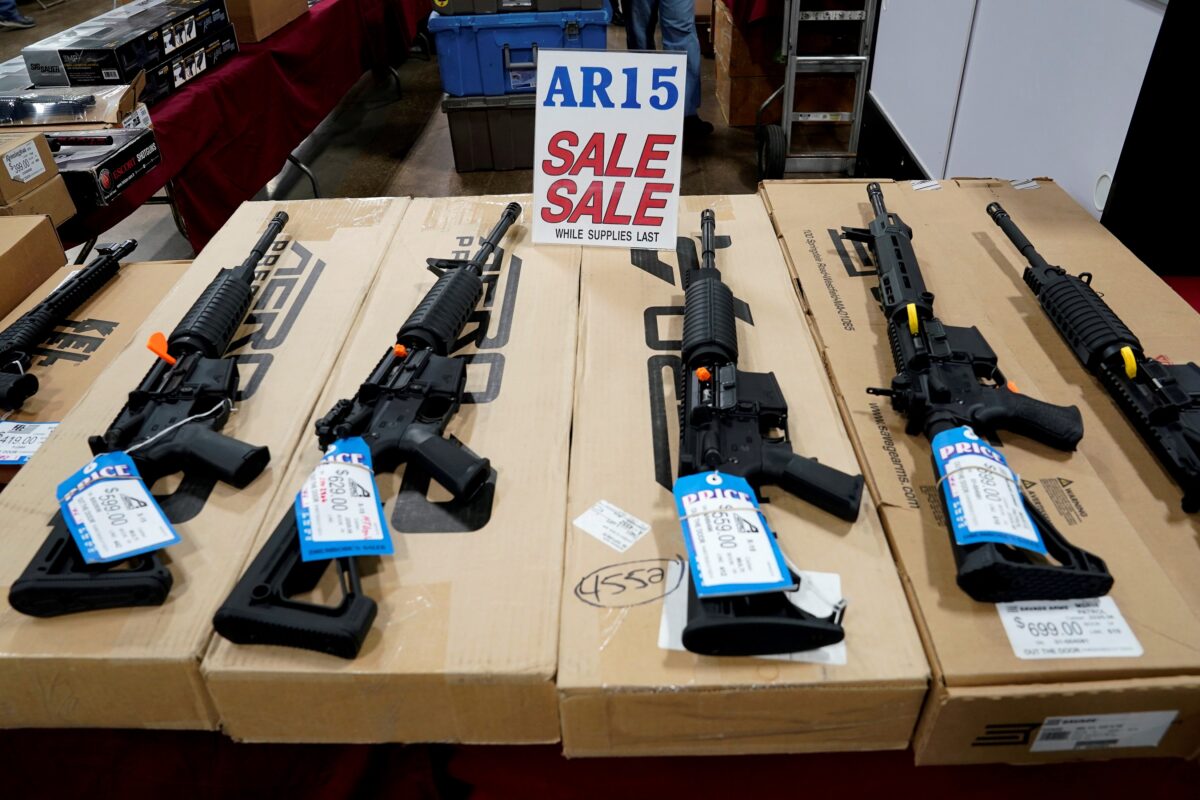 The Department of Justice (DOJ) unveiled on June 7 a proposed rule that would apply regulations for rifles ...

www.theepochtimes.com
https://assets.documentcloud.org/documents/20799025/doj-proposed-gun-rule.pdf
Factoring Criteria for Firearms with Attached “Stabilizing Braces”
AGENCY: Bureau of Alcohol, Tobacco, Firearms, and Explosives, Department of Justice.
ACTION: Notice of proposed rulemaking; request for comment.
SUMMARY: The Department of Justice (“Department”) proposes amending Bureau of Alcohol, Tobacco, Firearms, and Explosives (“ATF”) regulations to clarify when a rifle is “intended to be fired from the shoulder.” The Department proposes factors ATF considers when evaluating firearms equipped with a purported “stabilizing brace” to determine whether these weapons would be considered a “rifle” or “short-barreled rifle” under the Gun Control Act of 1968 (“GCA”) or a “rifle” or “firearm” subject to regulation under the National Firearms Act (“NFA”). This proposed rule is a separate action from the Notice on the Objective Factors for Classifying Weapons with “Stabilizing Braces” published on December 18, 2020, and withdrawn on December 31, 2020. No comments received under the withdrawn notice were considered for this proposed rule, and no comments received pursuant to that notice will be considered as part of this proposed rule. Commenters will need to submit new comments in connection with this proposed rule.