Far-right extremists descend on Richmond for gun rights rally on MLK Day as Trump tweets about attacks on the Second Amendment...

Virginia residents braced for a possible repeat of the deadly violence that resulted at the 2017 white supremacist rally in Charlottesville, which left a woman dead and 28 injured, as a gun rally was planned in the state's capitol on Monday -- the same day as the Martin Luther King holiday. https://www.dailymail.co.uk/ushome/index.html
Click to expand...

One sided story. Not a word about Antifa. From what I can tell state actors will be vastly out numbered.

...sorry...I usually don't link to Dailymail content...but, it is representative of the liberal views regarding individual liberty and those who peaceably exercise their individual liberties...

there is, or should be at least before this situation reached this level of police/militant state of build up, of a consideration of the over reaction to the perceived self-destructive legislative actions being proposed.

we all felt sympathy, when a singular actor took pride in publicly humiliating someone and said shame shame on the actor and expressed statements of poor poor towards the VCDL leader et al., who got sucked in!

Sorry, it seems once again this individual has gotten publicly sucked in by boogie persons who have not shown up nor do not even need to make an appearance ~ yet hundred of thousands of man-hours and money and judicial/police/militant have drawn numerous lines in the sand over everyone's "what-if rants" coupled with saber rattling back & forth which has been expended over something that has yet to happen!

harsh...perhaps, but somewhere someone should have come to the conclusion this "we've done this for years" social event had gotten way out of perspective over the intended purpose of persuading VA legislative members to possibly not pass legislature we find offending as the event's magnitude grew exponentially as militant/police entered into controlling the event's music and the dance!

this gentleman hopes everyone plays nice and nobody ~ either police or militant attendee, has a mental hair trigger itch which could "inadvertantly" start a devastating debacle ending in loss or injury, both instigator or innocent bystander.

final note...think how the expended taxpayer's $$$$ on this debacle, to date, by the judicial/police/EMS/ad nauseam could have been spent ~ homeless or school lunches or or or all to help the citizen's of the commonwealth state! instead of towards something which the legislature is only proposing!

Cops enforcing Northam's tyranny is the problem and will be directly responsible for any lawlessness...being that the cops are violating the law of the land...not the citizenry.

sometimes OC, et al., to point or pursue civil blame after everyone, and i mean everyone from the Governor down, has cut their nose off to prove they're superior in their position is truly immaterial in wake of the anguish from someone while being lawfully in their statutory or constitutional realm is injured/maimed/killed over an event without one iota of meaninful consequence since it is completely a "what if/maybe/could be" situation!

'sides we all know QI protects the majority [read all] of the guardians & overseers of the event...
F

All the reports I am see reports it is peaceful
B

A huge, peaceful turnout today. Attendees even helped clean up the grounds before leaving, according to reports I saw.

glad the event was well attended and everyone attending behaved amongst themselves ~ now one hopes those supposed to have been swayed by the gaggle of citizen's outpouring on the 2A oversight legislation will behave themselves.
V

No arrests made regarding the protest. One woman was arrested when she refused to remove the mask she was wearing it a reported direct attempt to conceal her identity.

Anyone notice the reports all trash in the area was picked up. Reported left cleaner than the area is generally kept.

Overall report with attention to arrestee. 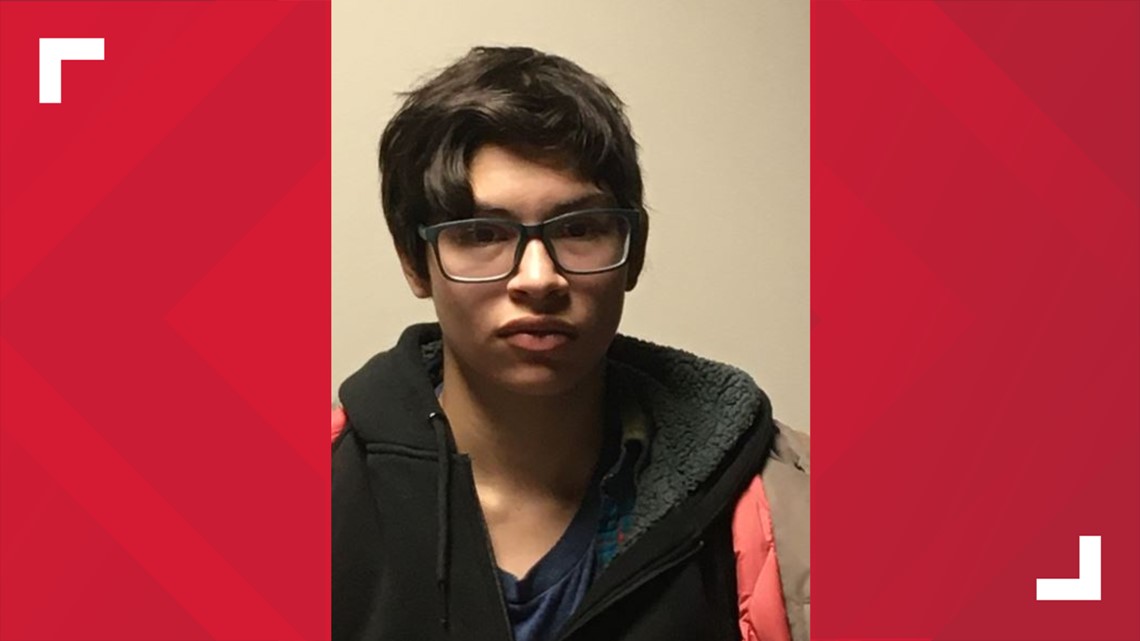 One arrested during Richmond gun rights rally for wearing a mask

Of the 22,000 in attendance at the Capitol Square gun rights rally, one person was arrested for wearing a mask in public.

Va_Nemo said:
No arrests mad regarding the protest. One woman was arrested when she refused to remove the mask she was wearing it a reported direct attempt to conceal her identity.

Anhyone notice the reports all trash in the area was picked up. Reported left cleaner than the area is generally kept.

Overall report with attention to arrestee.

One arrested during Richmond gun rights rally for wearing a mask

Of the 22,000 in attendance at the Capitol Square gun rights rally, one person was arrested for wearing a mask in public.

the sad part nemo is that was newspeek media's take away.

notice there was not a mention by any VA legislative member of "YA I GOT THE CITIZEN'S MESSAGE" regarding pending firearm legislation!

ah business as usual though ~ ya know even got the grounds clean, for free, and nobody got hurt, what anti legislation we voting for today!

if, if someone in VCDL had been on their toes there would/should/could have been individual citizen's RECALL petitions scattered throughout the area for the GOV, & those legislative members who sponsored the "offending" bills so the citizens' actions Lobby day meant something.
V

So we did all that and we not really able to accomplish much on the political side that day. Thanks, I will remember the futility of trying to influence legislators and just let them do what they are going to do. Nothing counts anyway, right?

Va_Nemo said:
So we did all that and we not really able to accomplish much on the political side that day. Thanks, I will remember the futility of trying to influence legislators and just let them do what they are going to do. Nothing counts anyway, right?

Well, it all depends. Even if the laws are passed will they be enforced, that is the question.

Va_Nemo said:
So we did all that and we not really able to accomplish much on the political side that day. Thanks, I will remember the futility of trying to influence legislators and just let them do what they are going to do. Nothing counts anyway, right?

oh splain again Nemo how this event influenced whom and persuaded them to not do what ~ again?

Nemo, et al., you see ANY fotos of everyday US citizens carrying their sidearms as the only ones that circled the world newspeek media outlets were those fotos of extremely armed militant members with long guns, numerous mags on them, etc. 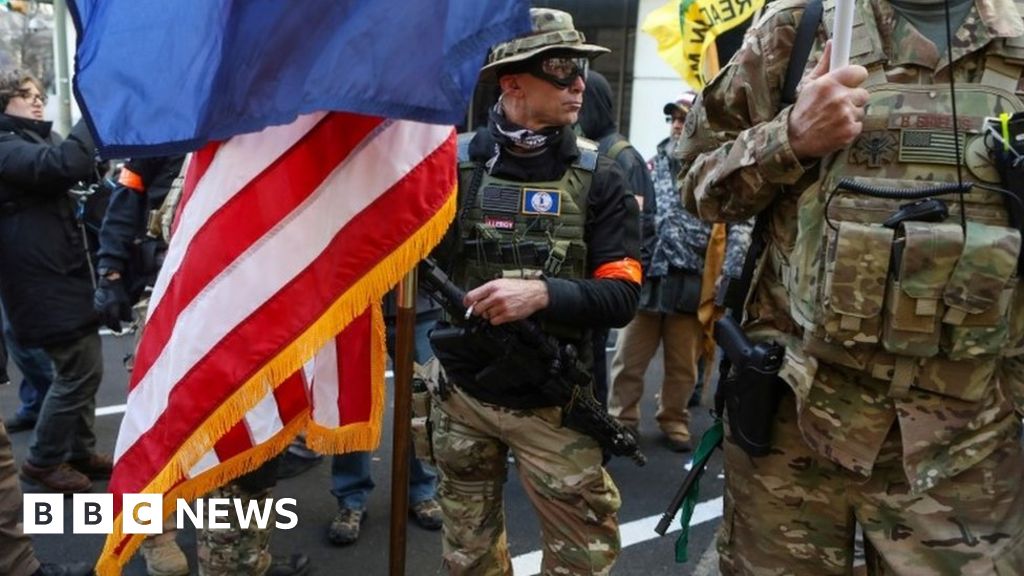 Greater restrictions on gun laws in the US state have angered pro-gun activists.
www.bbc.com
V

I guess you have not been paying any attention to the original Lobby Day context of this. That still happened and VCDL had several hundred members spread out to lobby each legislator. Each legislator had a group meet with them if they accepted the meeting. It was an organized, coherent message, consistent across the building. If any legislator was unavailable they ususally had an assistant available to take a meeting. If they were unable to meet up with us paperwork explaining and supporting out position was left for their review.

This is how VCDL has been doing things for the past 15 or so years. We have a bit of brains and practice on this sort of thing. Whats going on down there in NC to protect/expand gun rights? And what part are you doing to start/continue/expand it?

Guest Post: Reflections on the Richmond Rally, by Historian

Coming from my friend and a man whose opinion I strongly value, is an assessment of Richmond from the ground level as well as a historical parallel to the Troubles in Ireland. I disagree quite stro…
www.americanpartisan.org

(15) WE ADVOCATE FOR THE 'LAW-ABIDING' ONLY: Posts advocating illegal acts of any kind are NOT welcome here. Even if you feel that a law is unconstitutional we do not break it, we repeal it or defeat it in the courts.
Click to expand...

Unlike Indiana, it appears, at first glance, that Virginia does not have a statute, or a state supreme court ruling, that supports citizens defending themselves from unlawful use of force by law enforcement.

Missouri also does not respect a citizen's home as their castle. Missouri also believes that a cop may do whatever he may and a citizen's only recourse is to seek a civil remedy after the funeral.

And, as is usually the case, the predictions of cops, and cop union thugs, of cops being gunned down at every knock on a citizen's door were nothing but fear mongering, by self-entitled cops, who place the safety of the citizenry far below the safety of their authority to abuse citizens.

sorry Nemo, the Lobby activities over the years turned into a "social" event to catch up with "goode-olde boys" "glad hand them", wink and smile and go toddle off to the eateries which the VCDL cronie.

Nemo form your cite which was quite candid...
1. What was the effect of this demonstration? As one would expect, the rhetoric has not changed, nor have the minority Republicans been able as yet to derail the proposed unConstitutional victim disarmament legislation.
2. That is not a trivial result. It is also not sufficient.
3. ...the tyrants in Richmond did blunt our message was by ensuring that almost nobody heard it~ VCDL did not bring or arrange for an alternate PA system.
4. Logistics and support are evidently lacking. Much remains to be done on the planning and training side of things for VCDL...

Nemo, that your cited article then gets into a history lesson analogy about the IRA is quite, quite disturbing & troubling!
V

And yes its quite apparent you are disturbed and troubled.